In 2014, at the request of City Council and the Parks and Recreation Advisory Committee, Albemarle citizens were surveyed to determine their level of interest and support for redeveloping a 20 acre tract of land on Salisbury Avenue (formerly occupied by Wiscassett Mills) into a park, including facilities for baseball, softball, skateboarding, picnicking, and walking-running.   Through a series of public forums and workshops, it was determined that the public response to this proposal was overwhelmingly positive.

A citizen committee has been formed to begin the planning, development, and fundraising for the complex, with a public-private partnership envisioned as the means by which to develop the facility.    Since that time, a plan for engineering services has been developed, the City of Albemarle has committed to provide approximately one-half of the funding for the project, and the committee has been charged with the responsibility of raising the remaining amounts through sponsorships, naming rights, grants, and donations.

Any individual or organization wishing to support the project can do so by contacting Albemarle Parks and Recreation at 704-984-9560. 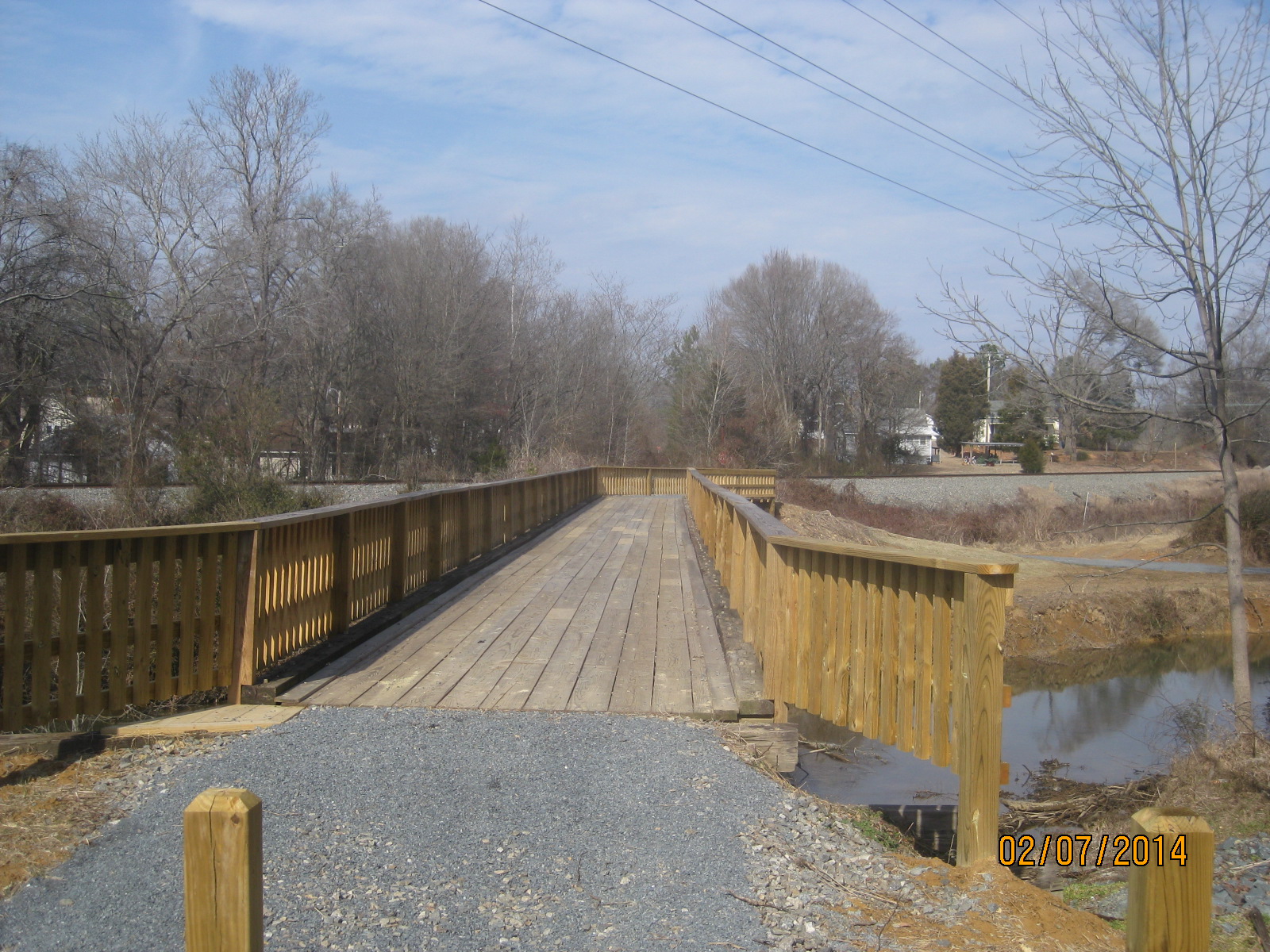 The Roger F. Snyder Greenway is a “work in progress” as Albemarle seeks to identify, acquire, and develop a network of pedestrian trails that will eventually interconnect all city parks and downtown. The first phase of the Snyder Greenway was completed and dedicated in June 2009, and includes a three-quarter mile multi-use path between West Main Street and Salisbury Avenue along Little Long Creek. The greenway passes through Don Montgomery Park and connects to existing sidewalks at either street.

The second phase of the Snyder Greenway was completed in 2011, and has been designated as part of the regional Carolina Thread Trail. Phase 2 connects the first phase to an abandoned rail line between Salisbury Avenue and Belmont Circle, with a ramp to sidewalk at Glenn Street. This ramp connects the trail to the Stanly County Family YMCA.

Phase 3 of the Greenway was completed in 2013, and extended trail from the north side of Salisbury Avenue to the end of Mason Street. As part of the project, AP&R crews renovated an old rail trestle crossing Town Creek.

Future greenway corridors are being identified as part of the Stanly County Comprehensive Recreation, Parks, and Trails plan, and will include connection and alignment with the Carolina Thread Trail. 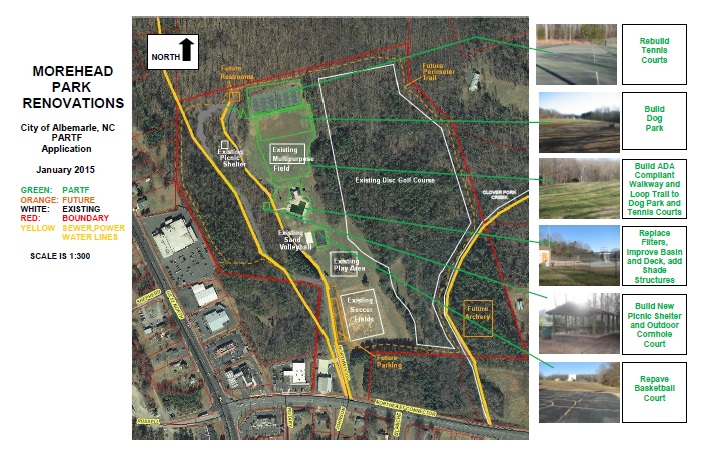 Albemarle Parks and Recreation was awarded a North Carolina Parks and Recreation Trust Fund grant in 2016 for the purpose of renovation and additions at Morehead Park.    Slated for completion by 2018 are tennis court renovations, swimming pool filtration system renovation and addition of shade structures to the pool deck, addition of a dog park between the tennis courts and the pool, addition of a paved 1/4 mile walking track around the dog park, repaving of the park basketball court, building of a new picnic shelter, and installation of outdoor cornhole courts.    The entire project is expected to cost around $260,000, of which 50% is funded by the city and matched by PARTF grant funds.